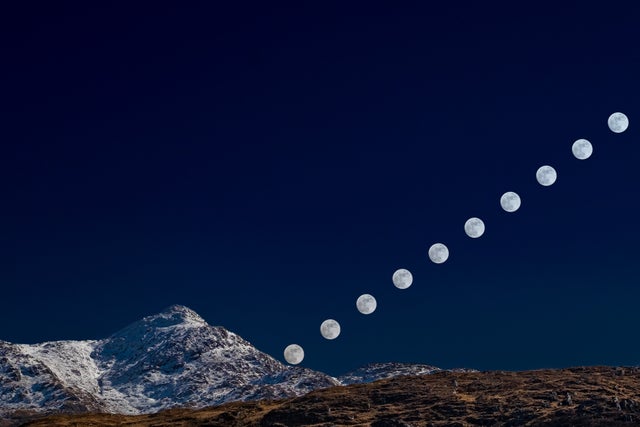 In this composite of 10 photos taken just five minutes apart, the Snow Moon rose clear of the South-Eastern flank of Ben Resipole at around 18:00 GMT on the 10th February 2017 and then moved out of shot just over 50 minutes later. February’s full Moon is traditionally called the Snow Moon because the heaviest snows tend to fall in North America then.

Add to Cart
Available as an unframed photographic print delivered to an address of your choosing or alternatively, you can pick up your print from my studio. Just select “Pick up in store” at checkout.

Also available as a framed photographic print, but as the frames are glazed with glass, they are not suitable for shipping, so any framed print must be picked up from my Studio. The frames are made from a 39mm wide x 10mm deep black wood moulding, glazed with glass and are available for A5, A4, A3, A2 and A2 wide panoramic sized prints. The mounts are made of antique white board with the border varying with print size as follows: 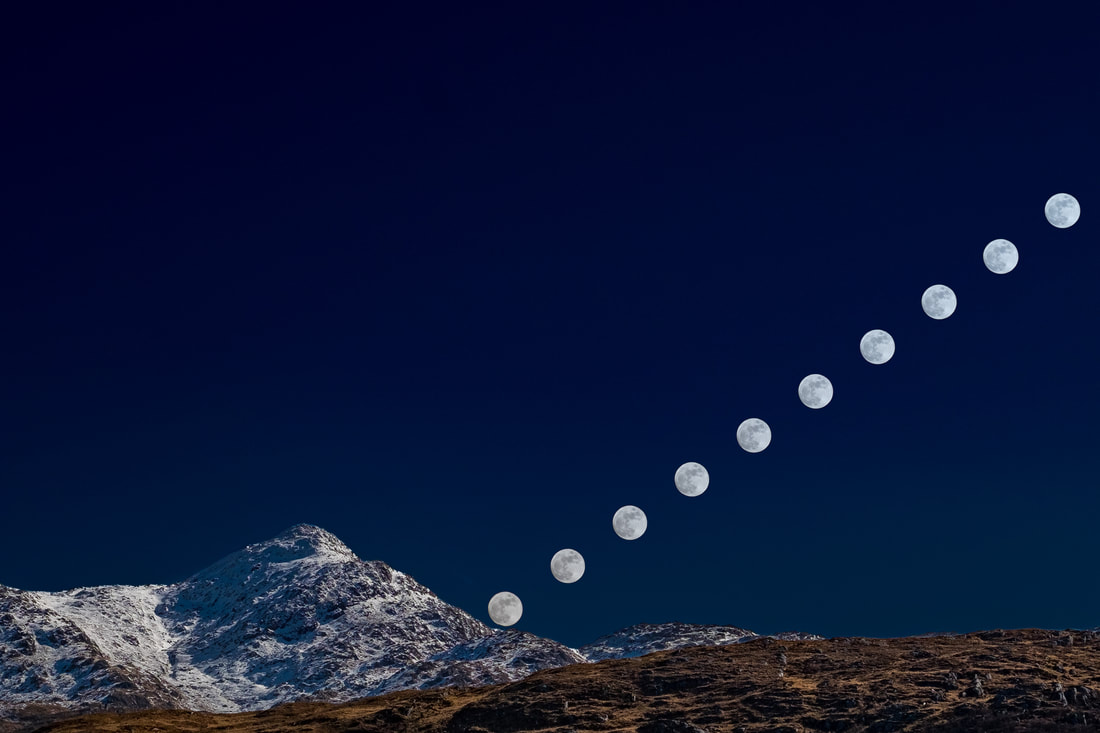